War is Hell is a photo comic assembled from photos taken by an American sargeant in Iraq, with his running commentary along the way. It was and continues to be exhibited and published all over the world, with permanent collections in Kosovo, Paris, New York, Wisconsin and Oregon.

An excerpt from Victoria Blake from the Oregonian describes the scene:

On a long flight from Paris to Portland in late 2004, filmmaker and writer Penny Allen sat next to a U.S. Army sergeant on his way home for a two-week leave. The sergeant, whose identity Allen has kept secret, talked nonstop about the war, about his wife and about a friend who had just died in the fighting. Toward the end of the trip, he pulled out his computer and played a video he made during the seven months he served in Iraq. Allen couldn’t watch the video then. The images were brutal and gory, showing bodies cut in two, burned corpses, brain matter and blood. Instead of looking, she listened.

If you’d like to purchase a copy, please email mail [at] pennyallen.info.

The full list of exhibitions and publications is below: 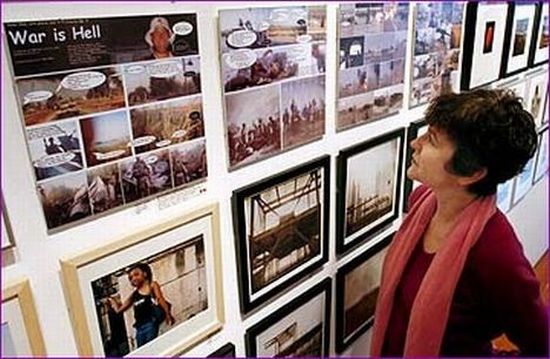 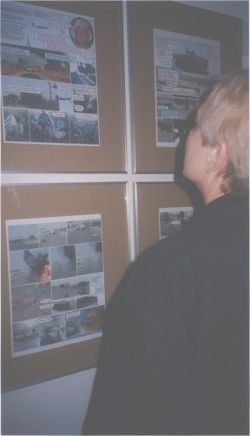 PennyAllenandSgtR
Penny Allen with the soldier