FILM
Late for My Mother’s Funeral 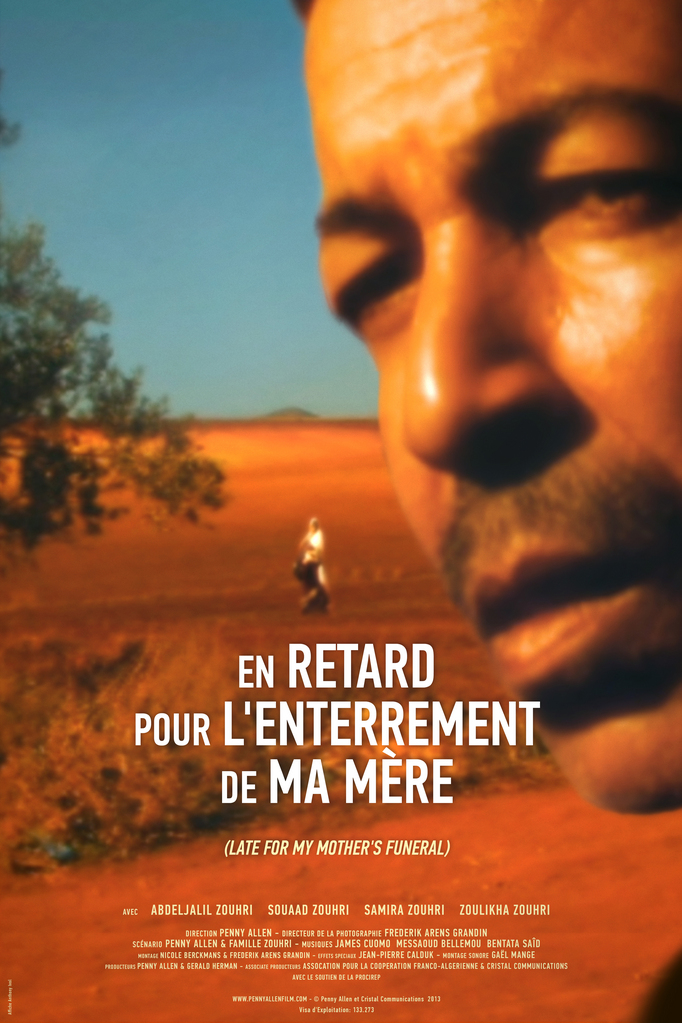 Filmed in three countries over the course of three years, ‘Late for My Mother’s Funeral’ is about a French-Algerian-Moroccan family adrift after the death of their jewel-smuggler mother, Zineb. Abdeljalil, who lives in Paris, hasn’t been back to Algeria for twelve years and is late for his mother’s funeral. Anguished, he gets his sisters to don their mother’s dress, and to re-create moments in Zineb’s life.

These scenes reveal, sometimes surprisingly, what each of them feels about their mother. Abdeljalil finally puts on Zineb’s dress himself in one of many scenes that reveal the conflicted psychology plaguing the offspring of a mythical mother figure. Torn between France, Algeria, and Morocco, their only real country is Zineb, who is now gone.

Translation of program « Behind the Image»

with Guy Ménard and Pierre Pageau

Radio Centre-Ville, Montreal, August 30, 2013, on the occasion of the Montreal World Film Festival

Late for My Mother’s Funeral plays magically with genres, capturing the viewer in its imaginary world. Very powerful, the film is a panorama about a family, a people, a contemporary human condition : A family without a country, a family caught in a web of nationalities while identifying with none of them. They aren’t really Algerian, or Moroccan, or French. Their identity lies in the grave with Zineb, their
recently-deceased mother whom we are invited to imagine.

The film brings Zineb to life, this woman of great determination and force, capable of resolving any problem, even deportation. Via an extraordinary intimacy we understand that Zineb was the source of identity for her ten stateless offspring, now adult. We watch them, behind closed doors, privy to their most intimate secrets, as they fabricate a new identity in Zineb’s absence.

The film’s approach is that of a tale, a beautiful fable that invents, like a fantasy, ghosts and all. A fable of The Mother. As a man, I didn’t realise my mother’s importance when she was alive. Only when she died did I understand what I got from her. It’s tremendous when we are offered this knowledge through a film!

It’s a universal experience, it can happen to anyone, this shock.

Organized around scenes developed through improvisation, the film portrays each of the offspring donning the mother’s dress (even the man) to evoke telling scenes, many of them touching on stories never told – the tensions between Algeria and Morocco, the private life of Islam, the marrying off of the youngest daughter Souaad, all of this told with the force of the real, all of it beautifully presented, with great freedom of form.

It is a strong, impressive film, which takes the time to put everything in place, and thus we grasp that everything is part of a larger construct, one that brings us back to ourselves.

Via this family, we rediscover ourselves.