Allen has written and directed five plays over the span of her career. Highlighted below are copies of the original articles from Mirage. Click on the photos to expand and read fully.

Written by and under the direction of Penny Allen, Mirage gave “us an enticing marriage of biting political commentary with the the old styles of music and comedy which never fail when executed properly and enthusiastically.”

“The Mirage troupe presents some of the most exciting and freewheeling political comedy and musical satire this town has ever seen,” says David Horowitz in Freeway of Portland State University’s Vanguard. 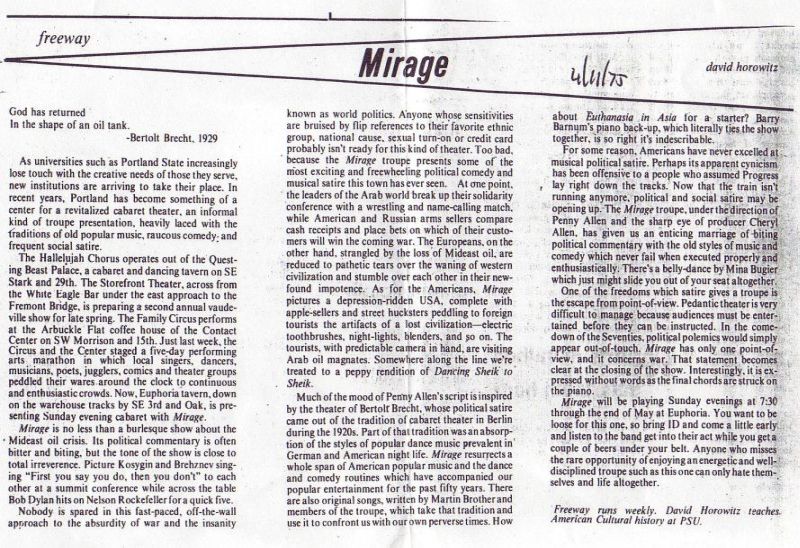 danger1
The Dangers of Radical Sheik